In 1961, Mr. Antônio Zaia, father of the current partners Hélio, Ângelo and Celso, left the countryside for the city with a dream: to improve their life. The family bought a rice processing machine and together, father and children, they did all the work, from purchasing the rice from the crop and transporting it to processing it and packing it in 50kg/110Lbs bags. Driven by the permanent search for quality and by always paying attention to progress, they printed the Solito brand along with the modernization of packaging when they left behind the traditional paper packages for rice and started having it potted. Even during times of crisis in rice production, the company continued to persevere and worked hard for progress. And the result of so much dedication was reflected in a continuous growth, so great that in 1997 a new headquarters was opened, even bigger and better structured, placed in the industrial district of the city.

In the strategic sense of organizing communication for a better perception of the company as a food brand, in 2003 the company’s name was changed from CAFEEIRA BRASILIA LTDA to BRASÍLIA ALIMENTOS LTDA.

With the same reliability achieved in rice production, in 2007 beans arrived at the table of the consumers in a superior quality, due to the strict process they undergo for quality control.

As a result of a new market positioning strategy, in 2016 the company decided to adopt the corporate brand Solito Alimentos.
Over the years, the company has been growing and developing itself, and nowadays, with 60 years of history, Solito Alimentos is considered one of the largest food companies in the State of São Paulo.

To exceed the expectations of our customers by selling our products and services with quality, ensuring profitability and sustainable growth.

Solito Alimentos has been in the market for 60 years. Our priority is to bring high-quality foods to your table, food that makes your daily life tastier. We have ISO 9001 certification and we always manufacture our products seeking to achieve the high quality you deserve.

Each collaborator is valued as a fundamental part of a system that only works if we are all united in purpose, dedication and commitment. It is part of our tradition to care for each other. We are a family, so we want to offer the best products to your family. We do not give up working with transparency and honesty, because your trust is fundamental for us.

To be recognized by society as a company that surpasses the expectation of its customers.

Solito Alimentos is committed to the service, maintenance and presentation of the following Food Safety and Quality Management Policy

To satisfy the customers, their needs and expectations, providing quality products, competitive deadlines and prices, complying ethically with all the standards, requirements and enforceable rules, promoting the continuous improvement of the processes, products and services.
The company is committed to ensuring monitored and controlled processes for the production and distribution of safe food to its customers and consumers, as well as the presentation of this policy to the interested parties.
To contribute to pollution prevention by controlling and managing natural resources, waste generation, effluent releases and atmospheric emissions.
To ensure the professional and personal development of the collaborators, improving the quality of life at work and in society. To promote the prevention of accidents, occupational diseases and preservation of the physical integrity of contracted and outsourced employees.

Solito is present in over 3,500 points of sale in several Brazilian states. It has a monthly production capacity of 20,000 tons of rice, beans and rice flour. Solito Alimentos is a reference company in the city and region, constantly investing in its industrial park, logistics area, training, safety and social welfare of its collaborators.
In addition to all its productive structure in the city of Santa Cruz do Rio Pardo – SP, the company has a subsidiary to receive the grains in Uruguaiana – RS, and a Distribution Center in Barueri – SP, which contributes to agility in deliveries, ensuring that our products reach the consumer with much more quality 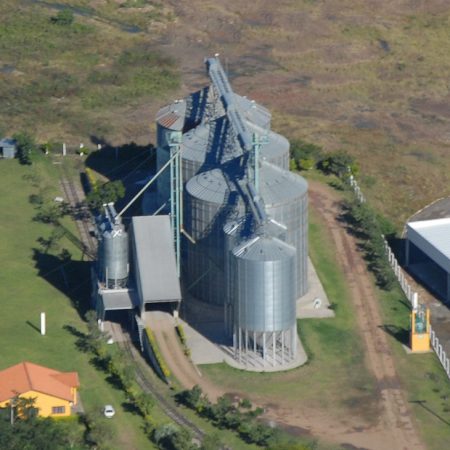 Unit in Uruguaiana - RS
In the city of Uruguaiana, Rio Grande do Sul, Solito Alimentos has the structure for loading and unloading rice, with the advantage of having a railway line passing through its land. This makes product transportation much more efficient.

Unit in Barueri- SP
In the city of Barueri, São Paulo, Solito Alimentos has a distribution center for the products, aiming at achieving excellence in deliveries and the satisfaction of the customers.